A Good, Thorough Run-down of Toxic Chemicals In Commercial Sunscreens

Spring is here, and with summer just around the corner, alterations to your skincare routine are needed to avoid the harm endemic to sun exposure. Sunscreen is needed! But while state and federal health guidelines encourage the use of sunscreen to defend against skin cancer and other effects from absorbing too much ultraviolet radiation, certain suncreams won’t take your health into account.

It’s well documented that sunblocks sometimes contain harmful chemicals. These can often lead to problems rivaling those of pure sun exposure. These can include hormone dysregulation, increased risk of skin cancer, allergic reactions, and more.

The ingredients which can cause such complications however are well-known among dermatologists, and if you’re concerned about these effects, especially if you need sunscreen for your kids, scheduling an appointment would be a pretty good idea.

Among the chemicals which can lead to cancer and other serious health concerns, are such things as oxybenzone. Oxybenzone is an endocrine disrupter, dysregulating your hormones as was alluded to earlier in the article. It can also lead to increased levels of estrogen, a reduction in infant weight at birth, and increased risk and rate of melanoma.

Deployed in order to absorb harmful UVB radiation, avobenzone is another harmful chemical found in sunscreen. While less-conclusive than studies on oxybenzone, research on avobenzone seems to indicate that under degradation from the sun, avobenzone releases large amounts of free-radicals on your skin.

Free-radicals normally form in the mitochondria, and it is there where antioxidants make up the lack of electrons in the free-radical molecules, thus destroying them. However it is when free-radicals make it outside the mitochondria that oxidative stress – damage due to free-radical oxygen atoms – really becomes an issue. This is seen in the effects of radiation sickness.

Avobenzone has also been linked with significant allergic reactions, and unfortunately, is present in many spray sunscreens – meaning you’re breathing the chemical in.

Another commonly found ingredient in not just sunscreen, but also other beauty products are parabens, sometimes with the prefix, ethyl or butyl. These have also been found to cause hormonal disruptions linked to abnormal development of sexual organs inn preteens, and also sterility. Make certain you always use paraben-free sunblock.

While the designation “Fragrance” doesn’t sound at all harmful, and conjures images of rosewater and burning sage, the term fragrance is a designation which the FDA allows chemical companies to use as a byword for any combination of up to 1500 chemicals, many of which are toxic.

Petroleum is one of those 1500, but also a family of toxic compounds called thalates, that directly affects reproductive health, such as damaging breast tissue, creating abnormal hormonal production, damaging ovaries, the pituitary gland, and testicles, as well as leading to decreased testosterone, and early onset puberty. Endocrine disrupters, which thalates are, also impact non-reproductive hormonal centers such as the GI track and adrenal glands.

Homosalate, nano-zinc, titanium dioxide, propylene glycol, and retinal palmitate are more documented toxic chemicals found in commercially available sunscreens that have the similar effects. Retinal palmitate is so bad it’s been removed from many sunscreens, even though it can still be found on the occasional ingredients list.

Protecting yourself against the sun and the toxic chemicals in sunscreens can be as simple as reading the ingredients list. Write the names of those listed in this article on a sticky note and carry it in your purse or wallet so you don’t forget when you are at the store. Another option is going online and looking up a good natural sunscreen that’s chemical-free.

Olive oil was used by the ancient Greeks as a form of sun protection, while pacific islanders understood that the slime of certain sea creatures helped protect their moist, vulnerable skin from the damage of tropical sun! So natural ingredients are out there, it’s just a matter of looking.

Andy Corbley is the editor and senior content writer for Get Healthy Skin Now..

Join our subscribers list to get the latest news, updates and special offers delivered directly in your inbox. Winter Skin For Mature Women Doesn’t Have To Be Dry 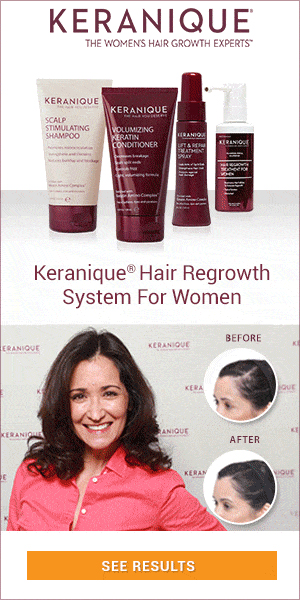 Skin Care Tips In Your Inbox